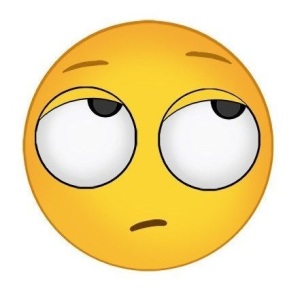 I have truly no idea!

And I have no idea how other parents do it.

I’m assuming that my kid is not the only one who lies and deceives, and whines for every chore he should do, as minuscule as the chore might be.

I’m assuming that other parents receive also plenty of the “roll-your-eyes-back-into-your-head” and “drag-your-feet-slowly-and-too-painfully-to-watch” kinda treatments.

I’m also assuming that other parents hear a talk-back retort for every sentence – no, for every word! – they address to their little-big angels.

Well, it’s the same again. My son looks so handsome and still vulnerable and sweet (don’t tell him) when he’s asleep, but what a different creature when he’s awake! The negativity, ambient laziness and belligerence practically ooze out of his pores when awake and it’s often so bad that I wonder:

what I’ve done to deserve this daily onslaught

if he will end up in juvenile detention or when

how to survive the next hour or so before he goes to bed.

Yep, I often wonder how to survive all this, and it puts my parents into a whole different light, retrospectively.